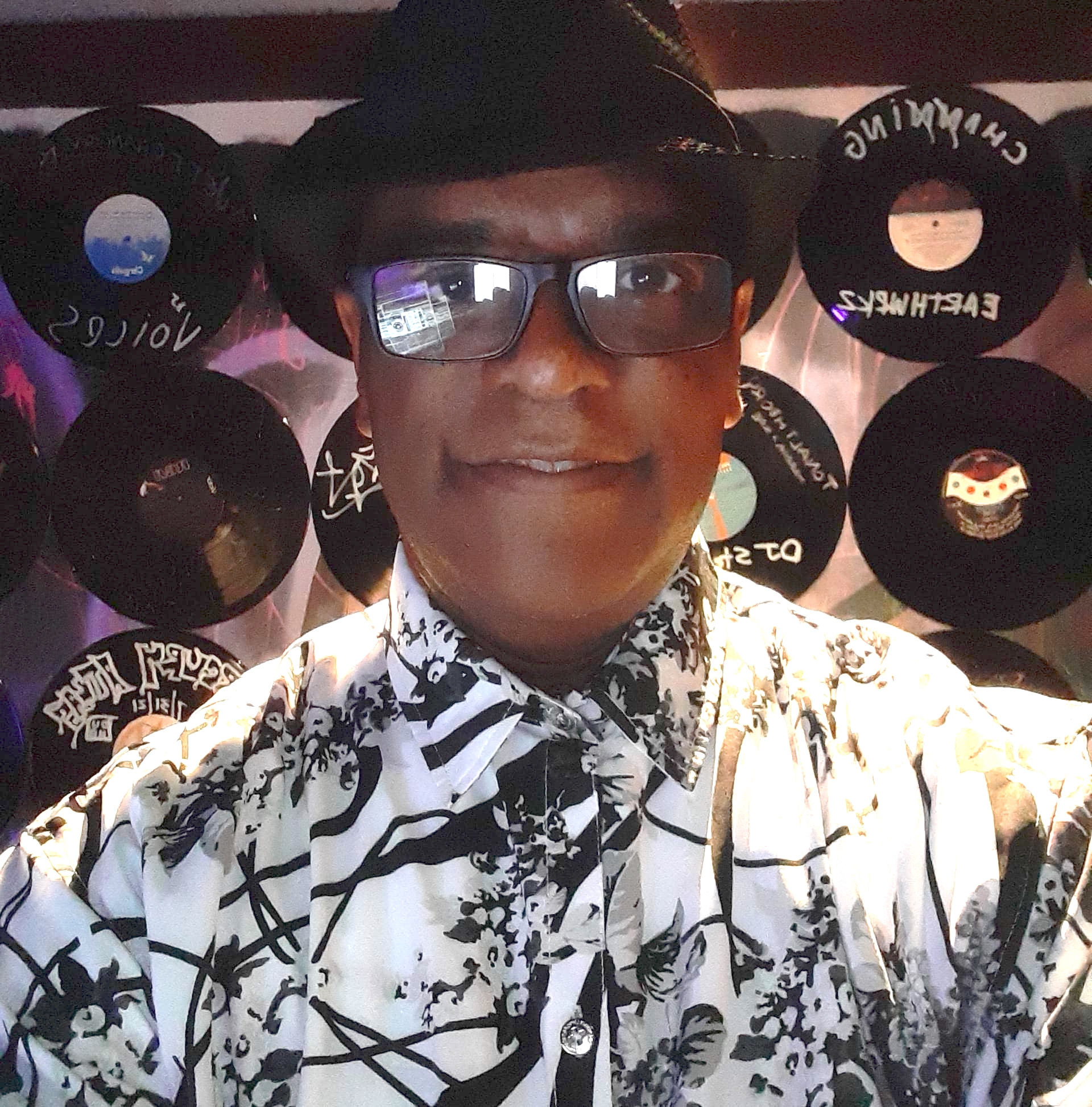 It is with great honor and appreciation that the Mambo Room is announcing DJ Stephen Green as its own Resident DJ!

We cannot thank him enough for your dedication to the studio and the Hampton Roads community.

In his own words :

Although, I am known for DJing in the Richmond, Virginia area, I have also been DJing in the Hampton Roads area for 20+ years as well.

My DJ career in the Hampton Roads area started quietly at different socials at various studio in the area. Once things began to get serious in the Hampton Roads dance community and grow the Virginia Beach Salsa Bash was formed. The event, started by Sandra Escobosa and Tracy Holland, featured workshops by national and international dance instructors during the day, followed by a huge dance social at night, where I was featured as the DJ. Over time, dance performance teams were formed and the Hampton Roads dance scene started exploding exponentially in growth.  As a result, the Mambo Room was born. I was so honored to be the DJ for the socials that were being held at the Mambo Room following its grand opening in 2007.

At one of the many dance socials I had DJed, one particular Anniversary Social stood out to me. Earl Rush, of Stuckonsalsa ,was there and he had a chance to see me DJ alongside DJ Jose Rodriguez, one of the premier Salsa DJs in the industry. Earl was so impressed with my DJ skills that he decided to give me a DJ spot at one of his many Premier Salsa events, The Resolution Jam, in Washington, DC.  At that event, John Choco Knight, promoter for the International New York Salsa/Bachata Congress, invited me to join the DJ team at his event in New York City.  From that point onward, my DJ Career exploded, and to this day continue to be invited to DJ all over the country where I am able to share the music.

I have been able to accomplish many goals that had been created in my DJ career. But the proudest of them all was training both DJ Mambo Soul and DJ Dorian at the Mambo Room to become accomplished DJs for their communities.  I cannot take credit for their accomplishments as DJs, but I was honored to give them the tools and training needed to advance in their DJ careers. Both took those tools and became incredible DJs in their own right. Before DJ Dorian passed, I made a promise to him that the work he did at the Mambo Room and Dave & Busters in Virginia Beach will continue to move forward and upward as long as I’m alive.

Being named Resident DJ for the Mambo Room is not only an honor but a privilege, it’s where I got discovered.  It’s like coming home to where it began and my DJ career took flight.

Mambo Room will provide a selection of popular beers, wines and non-alcoholic beverages in decorative dispensers for guests for up to 4 hours. Host is responsible for paying for each guest in attendance, plus for bartender and for security. Guests are only responsible for tipping the bartender, if so desired. (Min. 25 people)

Mambo Room will provide a selection of popular beers, wines and non-alcoholic beverages in decorative dispensers for guests for up to 4 hours. Host is responsible for paying for each guest in attendance, plus $200 for bartender and $200 for security. Guests are only responsible for tipping the bartender, if so desired. (Min. 25 people)

Our passionate instructors are looking forward to making your teens dance lessons fun and unforgettable.

Learn simple basics and a few good moves to impress the guests.

Learn simple basics to make you feel more comfortable on the dance floor.

Let us liven up your celebration with dance lessons or performances for your guests – Salsa, Bachata, Kizomba, Swing and more! Pricing varies depending on event details.

Our lessons are designed to make your wedding dance truly unforgettable, and our passionate instructors are here to make it fun! We can choreograph a full routine or you can learn a few easy moves in our Wedding Crash Course to impress your guests at the reception.

Surprise your guests with a stunning and unforgettable performance alongside your bridesmaids or groomsmen. We make it EASY and FUN!

Learn simple basics and a few good moves to impress the guests.

Learn simple basics to make you feel more comfortable on the dance floor.

Liven up your party with dance lessons and performances – Salsa, Bachata, Kizomba, Swing and more! The Mambo Room will bring the dancing to you or you can come to the studio. Pricing varies depending on event details.